Namastay woke: Learn about one of our editor’s favorite workout activities, yoga, in honor of National Yoga Day and build your own at-home yoga studio!

The History of Yoga 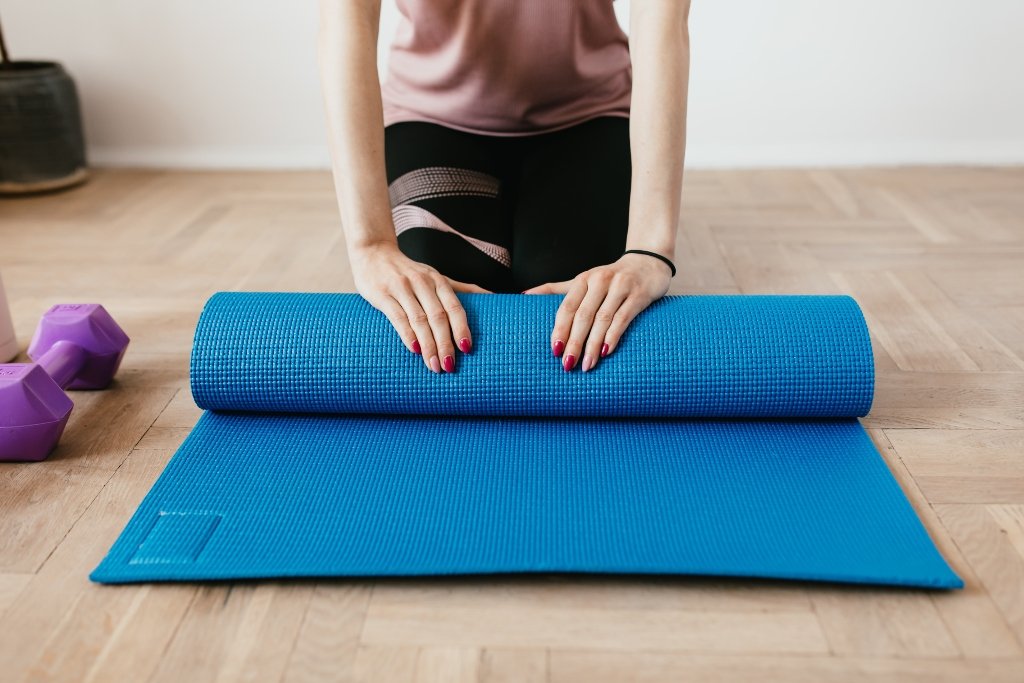 Yoga is an ancient practice that may have originated in India. According to Medical News Today,  it involves movement, meditation, and breathing techniques to promote mental and physical well-being. The first mention of the word “yoga” appears in Rig Veda, a collection of ancient texts. Yoga comes from the Sanskrit word “yuj,” which means “union” or “to join.”

Yoga can be traced back to northern India over 5,000 years ago. Indian monks spread their knowledge of yoga in the West during the late 1890s. Modern yoga teachings became widely popular in Western countries by the 1970s.

The Six Branches of  Yoga

There are six branches of yoga. Each branch represents a different focus and set of characteristics. 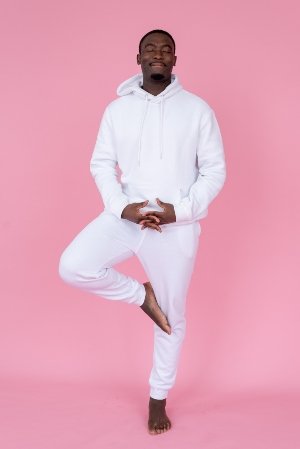 The six branches are:

Yoga as a form of exercise and meditation has many benefits! According to Johns Hopkins Medicine, not only can yoga help you manage stress and help you sleep better, but it can also relieve back pain, increase flexibility, and promotes self-care.

Speaking of self-care, getting into yoga is one of the easiest fitness investments: yoga mats come in various styles and price ranges, and everything else you may need is easy to attain. 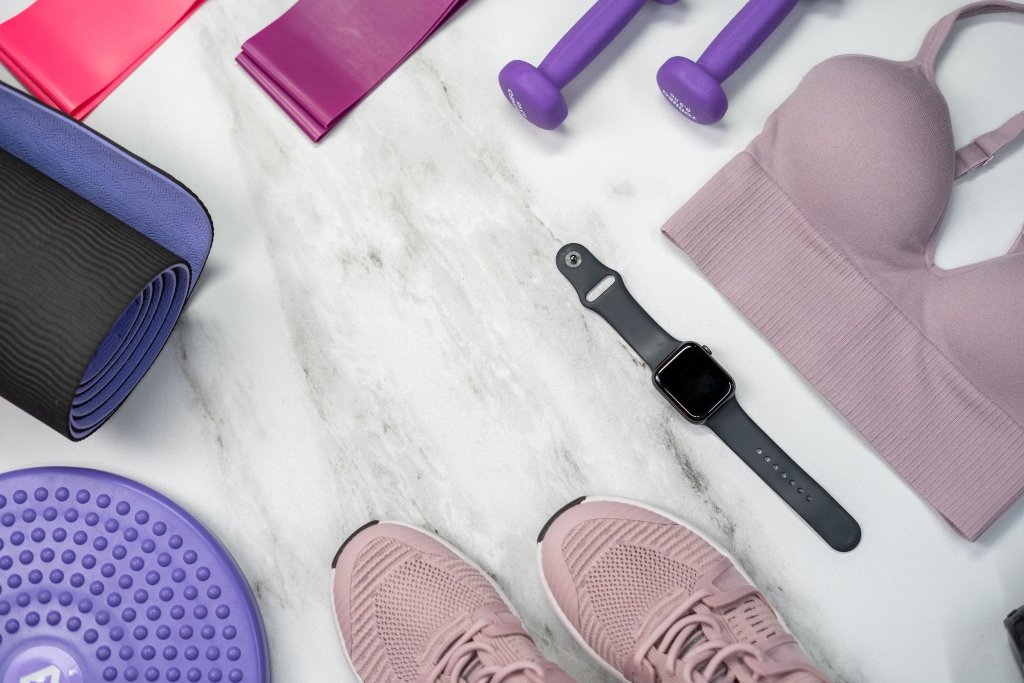 While you can get started with just a yoga mat (and/or a membership at a yoga studio), you can really ramp up your at-home studio game with a few other essentials!

Snag a cute workout outfit to motivate your inner zen, and having yoga blocks can help lengthen your reach as an “extension” of your arm if you’re working on flexibility.

For a design-minded touch, a traditional woven yoga blanket can offer a pop of pattern and texture. And when you’re not practicing yoga, store it all in a chic oversized basket to keep it tucked away in its own cozy spot!

If you really want to push the oasis message, having a facial mist for recovering moisture will be a refreshing pick me up. Also, consider a diffuser to create a moment of calming scents and you wind down for the day.

Editor’s Note: Don’t forget, you can use your GLOSSYCREDIT to shop on our affiliate partner, LOOKFANTASTIC!

Here are some of our editors’ favorite yoga workouts that they come back to every time they want to exercise!

Stand-up yoga is great to squeeze time in between work sessions. You can practice this yoga sequence with our lovely digital instructor, Uliana, with or without a yoga mat. This yoga routine is great for morning or midday practice, all poses are done standing so it’s great for strengthening the lower body and improving balance.

As an avid lover of jazz and starting early in the day, our editor Schane loves this yoga routine by Arianna Elizabeth. This class is perfect to do when you first wake up and want to get the blood flowing without breaking too much of a sweat!

For wanderlust vibes and the ultimate oasis feel, check out this lovely video from Adriene! Stretch your body and connect to your breath with this video shot in Sayulita, Mexico! Adriene has done every and any kind of yoga routine in the book for years, and her YouTube channel is a treasure trove of resources for all kinds of yoga sessions.

We hope you love yoga as much as we do, and Happy Yoga Day!

Here’s What GLOSSIES Are Saying About November’s Box

It’s Time to Make Up with Makeup with Banila Co!

Holiday feelings for your phone!